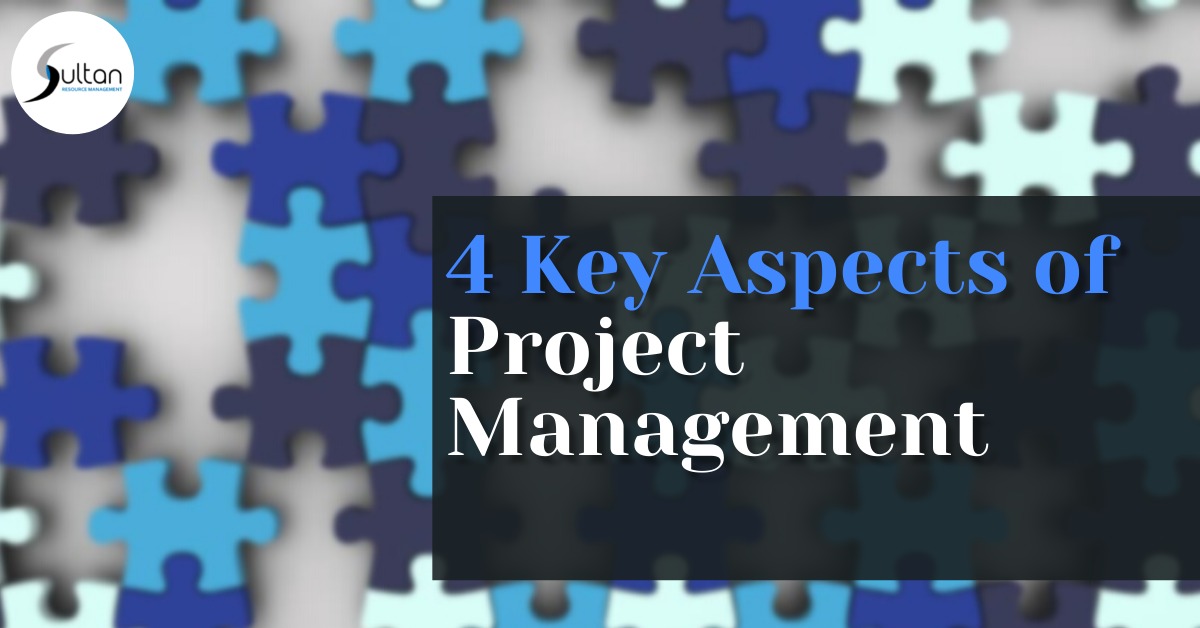 26 May 4 Key Aspects of Project Management

Posted at 15:03h in Business by sultanrm 0 Comments
0 Likes

What makes Project Management so special that people need extensive training, practice and guidance to turn into accomplished project managers?

Someone from far away may call it a hoax of a job only because there is no single skill that managers have mastered. All they do is make calls, make timelines and keep track of progress.

According to many people, this is an “any man’s job”, and that anyone can manage things.

But that’s really not the case. To manage a project, you need to manage resources – monetary, labour (both skilled and unskilled), time and the stakeholders.

You also need to supervise the work done by the people – to supervise something, you need to have an understanding of it.

So while it’s true that project managers haven’t mastered a single skill, it’s hard to overlook the fact that they have mastered an umbrella of skills.

Listed below are some key aspects which project managers need to take care of.

Communication is fundamental to any planning and delivering a project successfully.

It is vital to have clarity in the questions posed to the client as well as the requirements communicated to the development team.

The role of communication is not limited to interpreting and conveying the specifications. It forms the backbone of the smooth functioning of the project.

Right from laying out the goals and objectives to forming a plan to finally executing it, healthy communication forms the crux of it.

It is necessary to take and incorporate inputs from the team during the planning process to break the work down into chunks, assign fair resources and also determine doable timelines for the same.

Like the heading suggests, having a predefined start and endpoint goes a long way in getting a favourable outcome for the project. The precise scope is key to keeping the budget and schedule in order. It also lends a certain clarity to the team and implements segregation of knowledge and responsibilities.

With clear scope, goals and objectives, each person on the team knows their job clearly and is not burdened with extra/unnecessary knowledge.

But marking out a clear boundary of the project is often touted as one of the toughest things in project management.

A simple solution to prevent overdoing the requirements is to not take the project too personally and to stick to the project outline described by the stakeholders.

The team is what ultimately builds the project. Having an encouraging and healthy team culture is very important as it boosts innovation and gives priority to substance and not status. It allows room for doubts and questions to be raised without hesitation, and it is always better to address doubts sooner than later.

Such a growth-promoting team culture always focuses on problem-solving and encourages people to take ownership for their actions, people are not afraid to admit their mistakes and focus less on blaming others.

It is unrealistic to expect that the project will run according to plan from start to end. In some rare scenarios, it is possible to achieve this and it usually happens with traditional, procedural, clearly defined, relatively small projects. But as the duration increases and requirements increase in novelty, that is they become less known and more experimental, a lot of on the fly changes can be expected in the project.

Having a smooth procedure for not getting caught off-guard by these changes and integrating them without causing a delay is very important.

Sorry, the comment form is closed at this time.